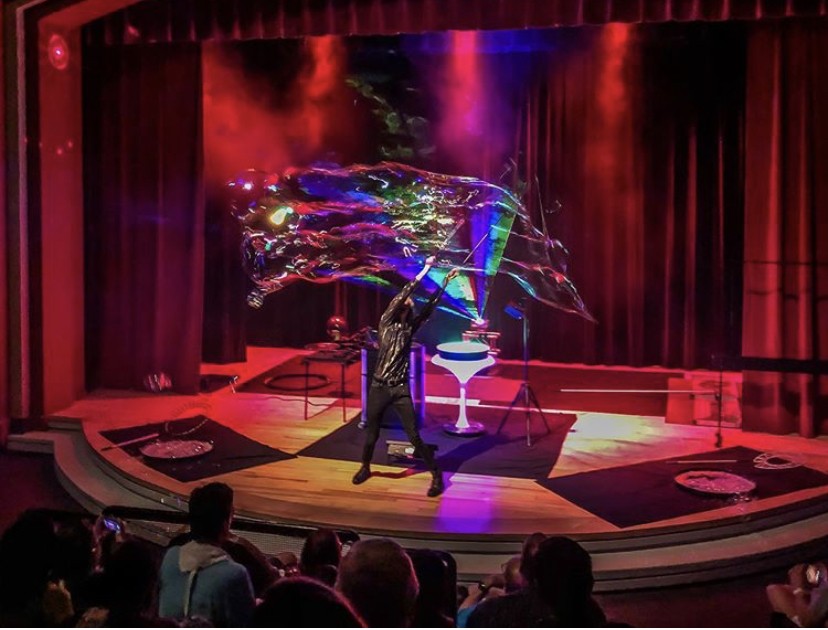 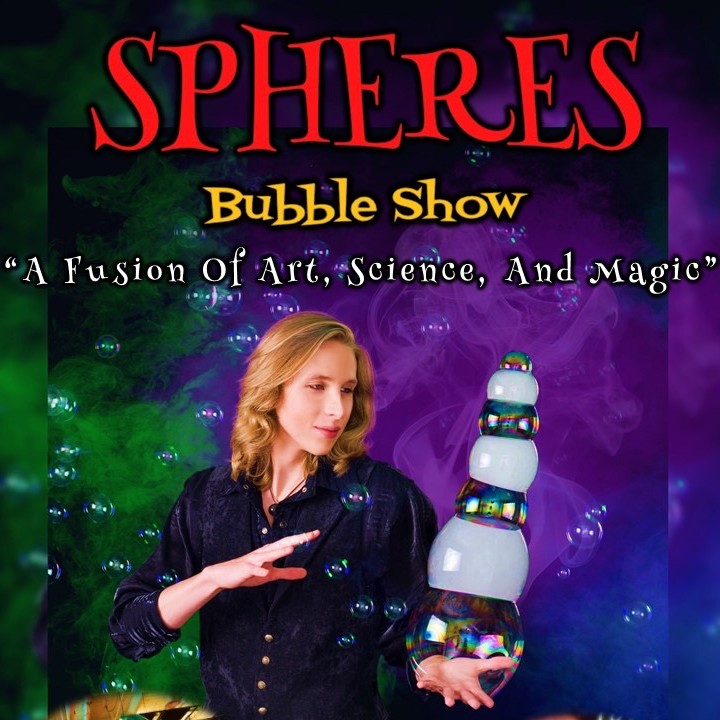 Blaise Ryndes
First name
Blaise
Last name
Ryndes
City
Tampa, FL
Country
United States
Email
info@spheresbubbleshow.com
Business Name
Spheres Bubble Show
Website (must include https:// )
http://www.spheresbubbleshow.com/
Phone number
813944-0075
Services Offered
Indoor Shows
Outdoor Shows
Birthday Parties
Weddings
School Shows
Stage/Cabaret Shows
Brief Biography
Blaise Ryndes (pronounced Rhinedees) is a master bubble performer and magician from Tampa, Florida. His interest in entertainment began in 2010 after receiving a magic kit for his 9th birthday. He quickly mastered all of the tricks and hungered for more. By good fortune, Tampa happens to have an excellent magic shop called The Magic Emporium. The staff there was so nurturing and gave Blaise the opportunity to learn and perform on stage. It turns out that there is a small but active subculture of entertainers around the world who utilize bubbles to express their art, and Tom Noddy is arguably the originator of that genre. Blaise was immediately drawn to this discipline and began to devote thousands of hours of practice to teach himself the amazing bubble sculptures inspired by the creations of Tom Noddy and other prominent bubble artists around the world. Along the way he developed his own style that incorporates his magic roots and his keen comedic wit into a stage show called Spheres. Blaise describes his act as “A fusion of art, science and magic. Where the art and science ends and the magic begins, I'll let you decide”. He started working professionally doing birthday parties and school assemblies in the Tampa Bay area. He also became a balloon artist and began twisting balloons in local restaurants. However, his first big break came in 2013 when at 12 years old, he was hired to be the featured entertainer for the grand opening of the St. Joseph's Hospital Pediatric Emergency Room in Tampa. It was a black tie gala and the patrons loved him. That spawned a career that has seen him perform literally hundreds of shows for thousands of people for such notable clients as Disney, The Florida Aquarium, The Glazer Children's Museum, The Tampa Bay Rays, The Tampa Bay Lightning, The Tampa Bay Buccaneers, John's Hopkins All Children's Hospital, The National Pediatric Cancer Foundation, The Boston Children's Museum, The Orlando Science Center, ZooTampa, The Science Spectrum Museum ( Lubbock, TX), Best Buddies International, The Museum of Science and Industry and many many more. Blaise is constantly working to expand his performance horizons and to bring fresh and exciting material to his act. Though Blaise has appeared on numerous television shows across the country, his biggest claim to fame was his appearance on season 13 of America's Got Talent!
Facebook
https://www.facebook.com/OfficialBlaiseRyndes/?fref=nf&pnref=story
Instagram
https://www.instagram.com/spheresbubbleshow/?fbclid=IwAR3eCLsMV4s8kEtSjW14AdTtSSzllQkgE406lgQ7Besa8k7Ujdpktz9OgYg
Youtube Video/Trailer 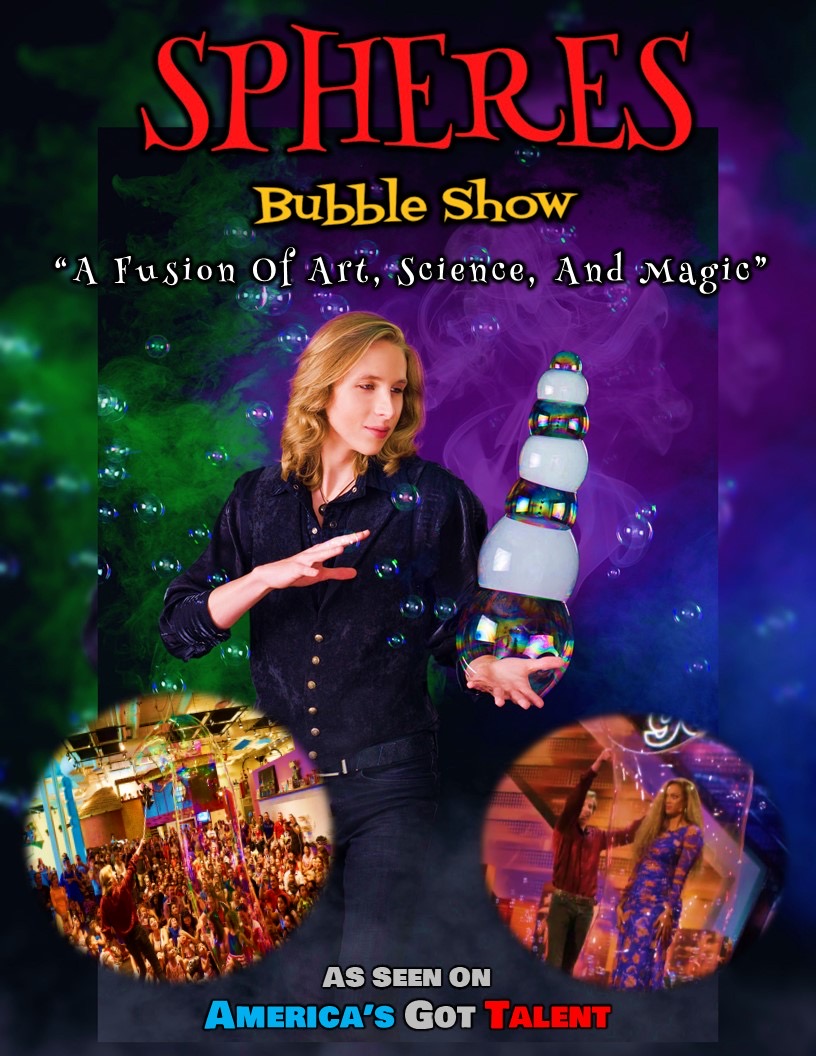